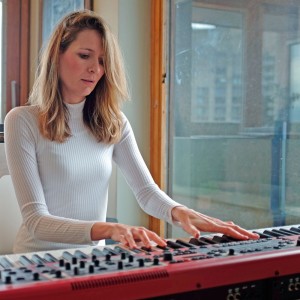 Genevieve Arnold is a singer, composer and teacher living and working in London. She studied singing at the Royal Academy of Music 1998-2002. In 2003 she embarked on a Foundation year in Jazz at Trinity College of Music. She went on to study Jazz singing, harmony and performance at Middlesex University. In 2004 she completed a Music Therapy elective, working with children with severe mental and physical disabilities.

In 2003 she formed Electro-Pop duo Sheila McQueen together with her sister Jessica Arnold, managed by Paul Conroy. In 2011 they gained a place onto the prestigious Hit Sheet Magazine, used by music executives all over the world. They have performed widely, including in the 2008 final of UK Unsigned at the Hackney Empire. They recorded their debut EP at Rak Studios (whose other artists include Westlife and La Roux), produced by Jonathan Quarmby and mixed by Kevin Bacon (whose other artists include Benjamin Clementine, Duffy, Ian Brown, Plan B and the Sugababes).

From 2007 –2013 Genevieve was a singing teacher for the company Vocal Tutor, where she taught a wide range of ages with differing levels of ability. She also has theatrical skills, holding a LAMDA Gold Award for Dramatic Performance.

She formed Saint Genevieve In 2014  and is currently buried away  in the studio recording and writing tracks for an EP which will launch on an EP later in the year.